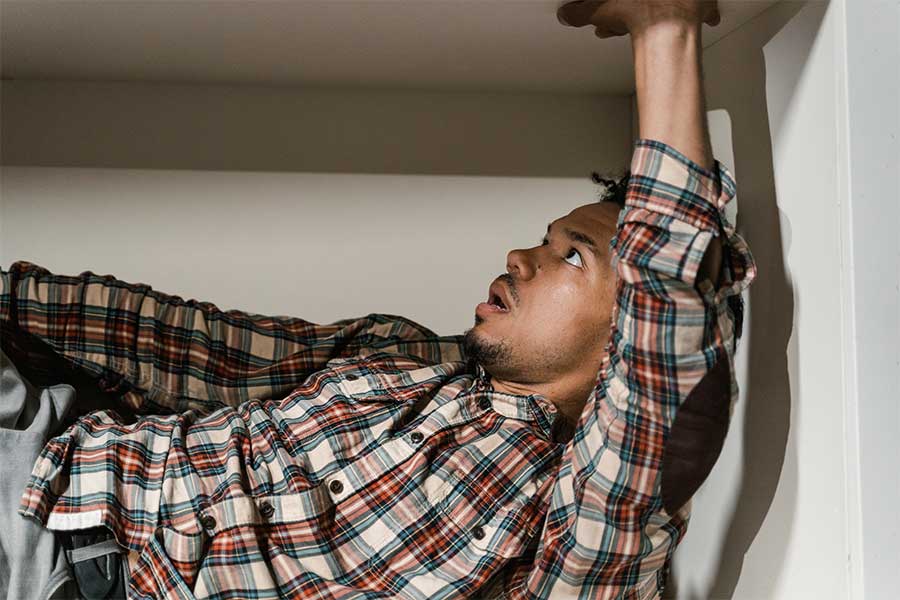 Judith Cures Volunteer of Phobia and Trauma on TV!

As some of you already know, I went to Los Angeles the weekend of November 24, 2002 to film an episode of Worst Case Scenario, a syndicated TV show produced by Sony Pictures which airs on TBS Superstation. The premise of the show is that you can overcome your worst fears if you have the right skills and knowledge. In each episode a volunteer subject is taught how to overcome a specific phobia by teaching him/her the facts and skills to handle the fearful situation. I was asked to cure a woman of her phobia of the dark using Healing from the Body Level Up methodology (HBLU™) because there were no specific reality skills they could teach her to overcome that fear.

Naturally, I was inspired by the premise of the show, and I was very excited to have the opportunity to publicly demonstrate the effectiveness of HBLU™, and energy psychology techniques in general. Fortunately, I was working with Lars Ullman, a very respectful, thoughtful, and deep producer who had trained in psychology! He always takes a very careful history of each volunteer subject. We prepared my client, Allison, by having her complete the standard HBLU™ homework assignment, i.e. write a two page biography, a list of goals, a list of ways in which you sabotage yourself, a list of 10 experiences that really made you live, and identify your Enneagram personality type. She also read an explanation of HBLU and my paper, "The Basic Structure of Loss and Violence Trauma". Although she did not really understand the methodology before experiencing it, she did realize that HBLU™ was different from talk or desensitization therapy.

Then I watched an episode of Worst Case Scenario where they taught a woman how to overcome her fear (actually disgust) of rats by having her walk down a 600 foot sewer pipe with 500 rats in it.

The point they were proving was that rats won’t really jump on or bite you. If you give them enough warning and shoo them away, they will get out of your way because they don’t want to be stepped on. Her second challenge was to go into a small room full of 500 rats, pick up two of them (properly by the base of the tail so they won’t bite you) and put them in a cage. The woman almost fainted, threatened repeatedly to throw up, and was hysterical during both challenges. After the final challenge where she declared that she was very glad she had done this, someone asked her if she would now like a pet rat… and she flinched. Clearly, reality did not cure her phobia/compulsion structure of rats. However, the emotional reactions did make for suspenseful and riveting TV. I was on the edge of my chair the whole time wondering is she going to throw up yet (live on TV!)? Is she really going to faint?

Knowing that HBLU™ would really cure our phobia client, I told the producer that she would go through her challenge as easily and calmly as anyone without a phobia. There would be no fainting, vomiting, screaming, crying, or hysteria. I was afraid this calm would be boring, and thus not good TV. To his credit, the producer believed me and agreed that this would not be good TV. We decided to play up the before treatment reaction so that the drama would be in the contrast between before and after. That worked out beautifully.

We tested the volunteer before treatment. In fact, she was so severely phobic that she froze up completely in the dark. The director, unfamiliar with the effectiveness of HBLU™ or energy psychology techniques, was actually afraid the volunteer would be unable to do her challenge, and we would not have a show. Then we turned on the lights and treated Allison. I first described the fight/flight/ freeze reflex and how to neutralize that reaction by consciously activating her calming reflex with Natural Bio-destressing (a modification of EFT). (See my papers, The Biochemistry of Energy Psychology and Antidote for the Psychological Effects of Terrorism: A Rapid, Biological Technique for Clearing Trauma from Mind and Body available at www.HBLU.org ) I then treated her for trauma with HBLU Level I protocols and techniques and for a grudge with an HBLU™ Level II protocol. As (I) expected, she cleared completely and after calmly accomplishing her challenge remarked that now she was ready for the "real" challenge. The next day, one of the production assistants called to tell us that our work had inspired and amazed the entire crew.